Guillermo J. Encinosa A.I.A. was born August 8, 1948 in Havana, Cuba. In 1962, he arrived in Florida, where he was raised since. He served in the United States Air Force, being honorably discharged in 1971.

Guillermo attended Florida International University where he received his Bachelor of Arts Degree in 1979. He has worked with a number of established architectural firms since 1966. In 1984 he joined the office of Stuart Cohen and Associates, Architects, P.A. As of January 1, 1989 he joined the partnership with Stuart Cohen and Lawrence B. Freedman under the new name ” Cohen, Freedman, Encinosa – Architects, P.A.”.

Guillermo received his State of Florida Registration in 1983, and is currently certified by N.C.A.R.B. and holds Architectural Registration in 35 States. He is also a member in good standing of the Latin Builders Association of Florida, and the National Historical Preservation Society, as well as the American Institute of Architects. 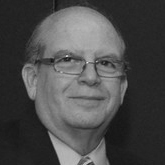 The American Institute of Architects (A.I.A.)

The National Trust for Historic Preservation